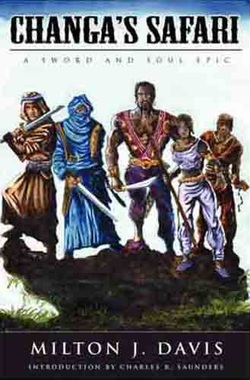 
In the 15th century on the African continent the young prince Changa Diop flees his homeland of Kongo, vowing to seek revenge for the death of his father and free his family and people from the foul sorcerer Usenge. He survives slavery and the fighting pits of Mogadishu, eventually becoming a merchant adventurer whose extraordinary skills and determination makes his a legend. From the Swahili merchant cities of Mombasa and Sofala to the magnificent Middle Kingdom, Changa and his crew experience adventures beyond the imagination. Despite his reputation, Changa will not rest until he has fulfilled his promise to his people. The anchors are lifted and the sails are dropped. Let the safari begin! 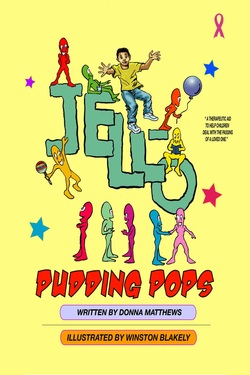 This is the story of a little boy whose mother is dying from Breast Cancer.
Sensitively written from  the child's point of view. The Windowsill Children
Series deals with abandonment issues. And issues surrounding death and dying. 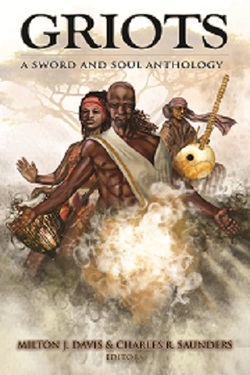 Griots : A Sword and Soul Anthology

Fourteen writers and fourteen artists were chosen to express their interpretation of this new genre,
resulting in a book that is as exciting to view as it is to read. Griots is edited by Charles R. Saunders,
author of Imaro and creator of Sword and Soul, and Milton Davis, owner of MVmedia, LLC and author
of three sword and soul novels.
Writers included in Griots are Minister Faust, Geoffrey Thorne, Carole McDonnell,
Valjeanne Jeffers and Ronald T. Jones, among others. Artists include Natiq Jalil, Luke McDonnell,
Winston Blakely, Stan Weaver, Jr., Wanye Parker and Paul Davey.


Griots: A Sword and Soul Anthology  © 2011 by Milton Davis. All rights reserved.
Powered by